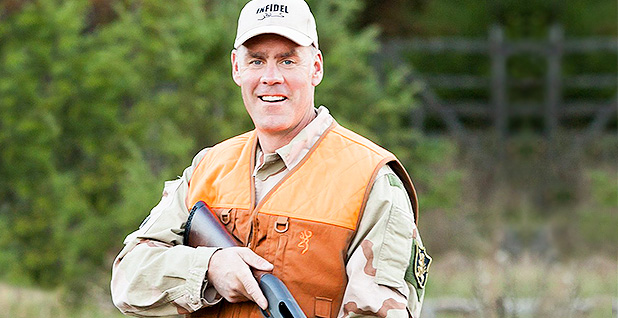 This is an excerpt from the 2018 Steve Dustcircle book, Trump’s Cabinet: The Rise of Each Appointed Deplorable, available in ebook and paperback from Amazon.com. The book contains links to multiple references and citations.

RYAN ZINKE | SECRETARY OF THE INTERIOR

The United States Secretary of the Interior is the director of the Department of the Interior—that is, the one who is in charge of 254 million acres of federal and natural land resources. They also help protect Native American reservations.

This position should be reserved for an environmentally-knowledgeable and eco-conscious individual.

The Secretary is head of decisions made regarding national parks and its geology management. The secretary usually comes from a western state since most of his or her decisions would affect the land west of the Mississippi River.

The most recent pick for the Interior secretary is Ryan Zinke, who is not only a Montana politician but is also a businessman. Ironically, he is probably the only Cabinet member appointed by President Donald Trump that is not a millionaire. In the 2000’s he was seen as a moderate but has drifted more to the far right as time continued.

Ryan Zinke was born in Montana to a plumber. He grew up as a boy scout, was a high school football star, and went to college in Oregon on a sports scholarship.

Zinke earned his B.S. in geology from the University of Oregon at Eugene in 1984. He then went into the Navy the following year, becoming a Navy SEAL and served with the scandal-ridden SEAL Team 6, and retired with a rank of Commander.

After his military service, Zinke went on to obtain his MBA at National University in La Jolla, CA, and scored a global leadership degree at the University of San Diego in 2003.

Two years later in 2005, Zinke formed his own business consulting company, Continental Divide International, and recently passed on the leadership roles to his family in 2014.

In 2012, he formed a SuperPAC that supported Mitt Romney during his presidential bid against then-President Barack Obama. A SuperPAC is a political action committee allowed by the Citizens United ruling, allowing endless spending in advertisements for a candidate, raised from individuals without legal limitation.

Zinke was served in the Montana Senate from 2009 to 2013 and was selected as the Senate Education Chair. He endorsed technology in the classroom and ease of access to education by people in the rural areas. He also helped with the local Senate’s finances and claims.

In 2014, he won his run for U.S. Senate, for a seat in the House of Representatives, but not before gaining some notoriety for bashing Senator Hillary Rodham Clinton, calling her the “anti-Christ,” (sic) that is, a mythical entity that claims to be the Jewish Messiah and would battle Jesus when he flies back to earth in the [near] future.

However, he still won after being endorsed by the Montana Right to Life Association, an anti-abortion group that stands against women receiving various forms of health care. In 2016, he also won uncontested by any other Republican.

Some interesting tidbits: Ryan Zinke is pro-war and feels there should be continued Middle-Eastern invasions to wipe out the dessert militants, ISIL. He is also against the Affordable Care Act, which helped 12 million Americans obtain health care when they previously didn’t have any.

Zinke is a big fan of coal and believes that it is the gift to America for energy. He is against petroleum-based energy, but does seem to support alternative energy sources. He is a champion for climate stability and in 2010 he signed a letter calling global warming a threat, though later he appears to have back-peddled.

One of the first things Zinke did as Secretary of the Interior was to remove the ban on lead gaming items—tackle line lead weights and lead bullets—which pose a reproductive hazard to plants and has killed millions of animals. The backwards move was condemned by environmental groups and concerned citizens.

Interestingly, since the position of Secretary of Interior should be held by someone who esteems the environment, Zinke is known to have voted against environment regulations for businesses, corporations and households. He also is a champion for the Keystone XL pipeline and is against the Clean Water Rule.

What national parks and federal lands will look like after Zinke can only be imagined at this point.

He has a record of voting against environmentalists and believes federal land should be transferred to the states.